Remembering Norman Frisby – not just ‘Some Other Guy’

It was with great sadness that we heard today of the passing earlier this year of Norman Frisby.

Norman was the Head of Publicity at Granada Television for 30 years. In his capacity as Head of Publicity, Norman oversaw the coverage of the North West of England during the Beatles’ rise to fame. Amongst his many achievements was the production of the first film of the Beatles playing live with Ringo Starr, which was filmed at the Cavern Club on Mathew Street in August 1962. Norman had had the idea to fill the spaces between shows with films of local interest, and on the 22nd August he arrived at the Cavern Club to film a local band known as The Beatles performing ‘Some Other Guy’.

Norman organised the filming of the live show and kept hold of the Granada copies of the contracts given to the Beatles, and in 2021 Norman’s son Nigel approached the museum to ask if we would be interested in displaying the contracts in the Liverpool Beatles Museum.

We are honoured Nigel, following Norman’s wishes has kindly left the four original Granada contracts for this performance on display here at the museum. Below you can see the contract on display in our 1963 – 1966 section.

To learn more about Norman’s life, you can read his obituary in the Telegraph Newspaper. 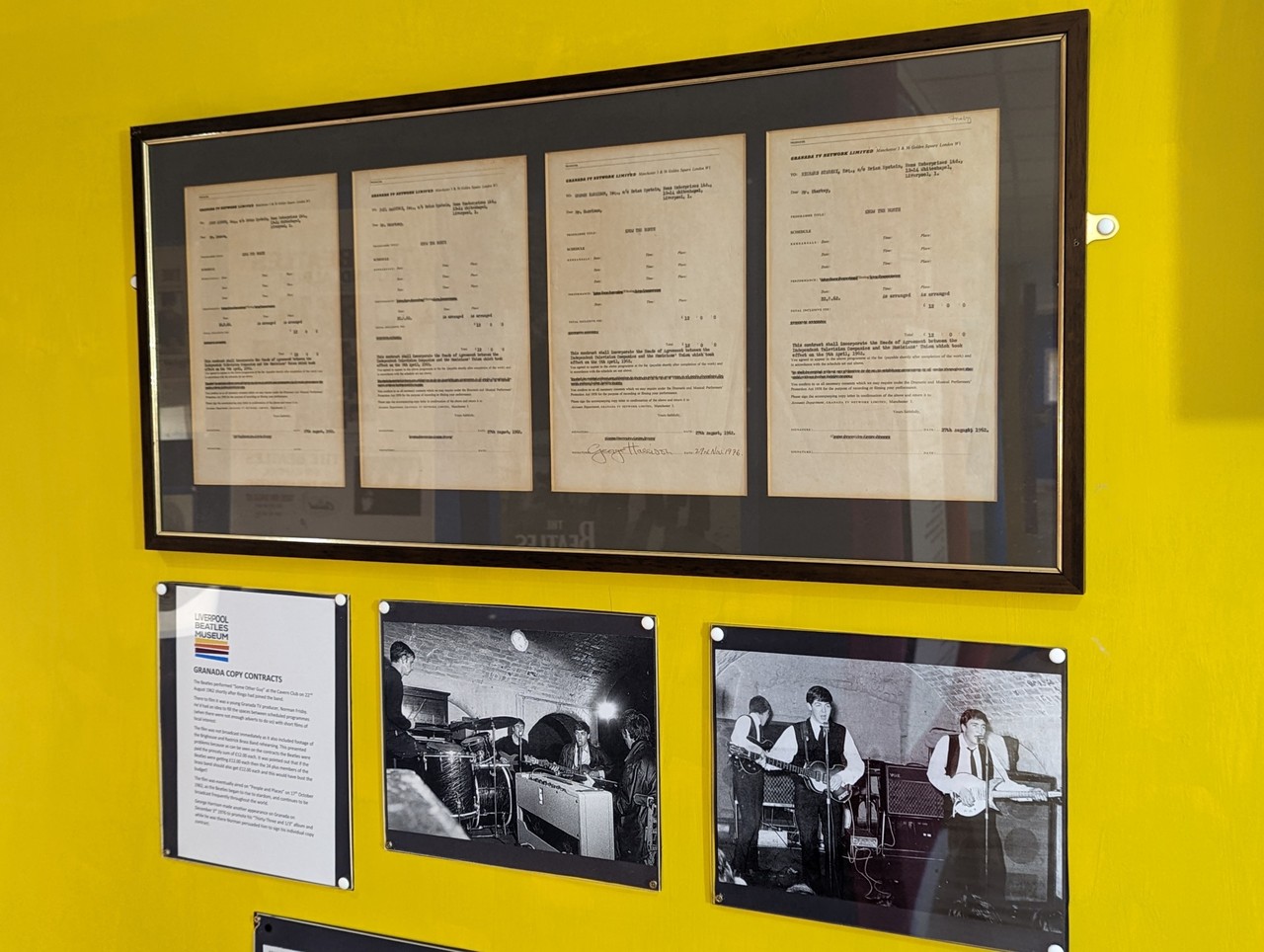